EVERY DAY IS AN OPPORTUNITY

We Live To Help Train You

The Rolles Gracie Academy brings you high-level training in Jiu-Jitsu, martial arts, and fitness in Old Bridge, NJ. A four stripe black belt and member of the first family of Mixed Martial Arts, Rolles Gracie is a passionate instructor and will guide you on your journey to a healthier lifestyle with renewed confidence. You will experience the benefits of training in all aspects of your life.

The combination of learning from the best teachers of his family from an early age, and his vast experience competing at high level in various fighting styles – Jiu Jitsu (Gi/No Gi), MMA, Submission Wrestling, Judo, and International Freestyle Wrestling – makes Rolles a unique professor who is able to understand every struggle that an amateur or professional fighter to the everyday warrior comes across, regardless of age, gender or goals. Rolles is not only able to foresee challenges, but also provides the tools for these to be avoided.

TRAIN ALONGSIDE THE BEST 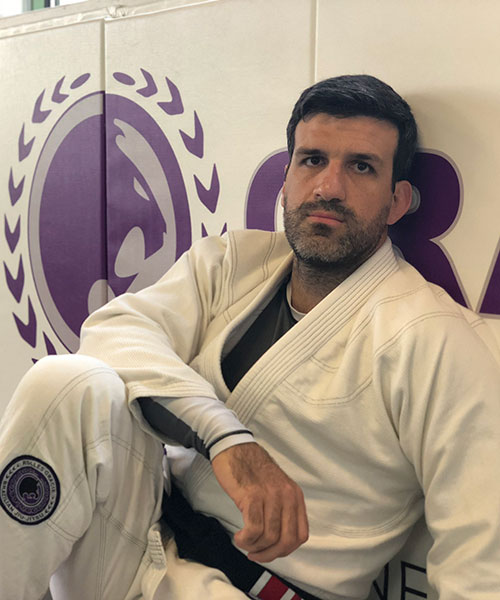 Rolles was born into the world’s first family of fighting on July 14, 1978, in Rio de Janeiro, Brazil. He is the grandson of Carlos Gracie Sr., the founder of Brazilian Jiu-Jitsu and son of Rolls Gracie, who is widely considered to be the Gracie family’s most legendary Jiu-Jitsu practitioner. Rolles is physically the largest in the history of the Gracie clan, standing at 6’ 4” and weighing just over 240 pounds. He is a fourth-degree black belt in Brazilian Jiu-Jitsu and a multi-title holding champion, not only BJJ, but also in Judo and submission wrestling.

Rolles began his Jiu-Jitsu training around the same time that he learned to crawl. Rolling on the mats with his father, Rolls, was an everyday part of life. Rolles trained with his father until his tragic and accidental death in 1982.

At the age of six, he began training with his uncle, Rilion Gracie, one of the most technical BJJ practitioners and coaches (www.riliongracie.com). During his early teenage years, Rolles trained at the world-famous Carlos Gracie Jr. Gracie Barra School in Rio de Janeiro (www.graciebarra.com). During this time at Gracie Barra, Rolles also trained with his cousin, Renzo Gracie, world-renowned MMA and BJJ fighter, who has defeated 5 UFC champions.

In 1996, Rolles moved to Santa Catarina, Brazil, to live and train with his uncle Rilion. After only six months, Rolles became the 1996 BJJ Pan American champion. Rolles continued his Jiu-Jitsu training for two more years in Santa Catarina. He moved to Boca Raton, FL in 1998 in order to work on his stand-up game. Rolles excelled at Judo training and soon took two major state titles. In 1999, Rolles moved back to Rio de Janeiro to train and compete, winning several more national and international titles over the next few years.

The Rolles Gracie Academy in Old Bridge, NJ is his new endeavor, bringing high level training to another part of the state. He continues to travel all around the world teaching private seminars. Some of his clients includes: The New York Jets, NYPD, Fort Myers Police Academy, the United States Navy Seals and many others.

The combination of learning from the best teachers of his family and his vast experience competing at high level in various fighting styles – Jiu Jitsu (Gi/No Gi), MMA, Submission Wrestling, Judo, and International Freestyle Wrestling – makes Rolles a unique professor who is able to understand every struggle that an amateur or professional fighter to everyday warrior comes across. Rolles is not only able to foresee challenges, but also provides the tools for these to be avoided. 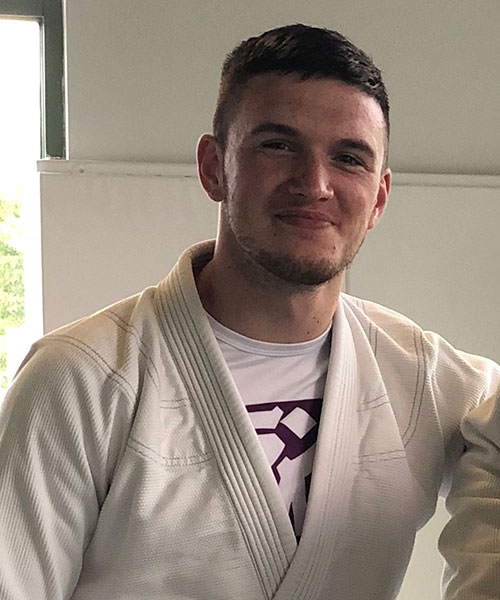 Coach Sean has had a passion for Jiu-Jitsu at a very early age, beginning his training at the age of 14. He has been training under Professor Rolles for the better part of nine years. Sean began helping the kids’ classes once he achieved the rank of blue belt and found a love for teaching others shortly after. Since then not only has he been working on his skills as a student, but also as a teacher. With an eye for the small details and a good understanding of the fundamentals, Sean’s goal is to make our students not only better practitioners of the art on the mat, but well rounded, confident, upstanding, humble individuals off of it as well.
Close

Not Sure Where to Start?

Picking the right program can be overwhelming. Let us help you!